FOR SALE BY PUBLIC AUCTION IN 3 LOTS OR AS A WHOLE
Tuesday 3rd July, 2018 1pm. Hopes Auction Mart

A well equipped dairy and livestock rearing farm consisting of a 5 bedroomed farmhouse with a 2 bedroomed annex, a range of both traditional and modern buildings to include 12:12 Herringbone parlour, cubicle accommodation for 118 together with land extending in total to approximately 215.89 acres(87.38ha) or thereabouts.

As mentioned previously the property is to be offered for sale in three separate lots and as a whole. These can be described as follows:-

Lot 1 consists of the farmhouse, adjoining annex, buildings, farmyard and land which in total extends to approximately 155.96 acres (63.12ha) or thereabouts. The farmhouse is of stone construction rendered under a slate roof and provides accommodation on two floors as follows:-

Lot 1 to include the farmyard extends to approximately 155.96 acres (63.12) or thereabouts. Part of field 4034 was a former radar station. All of the radar equipment has been removed but some of the concrete hardstanding’s still remain in the field and are currently used for the storage of silage and farm yard manure. In addition, a poly tunnel is also located in this field. At the time of preparation of these particulars field 8141 was due to be ploughed and then re-seeded. The remaining fields on Lot 1 are already sown down to grass. Lot 1 benefits from a metered mains water supply to the farm house and buildings with the land being fed from a mains water supply subject to a trough charge.

Lot 2 consists of three adjoining field enclosures extending in total to approximately 41.95 acres (16.98ha) or thereabouts. At the time of preparation of particulars field 1741 had been ploughed and was due to be re-seeded. The remaining two fields on Lot 2 are also sown down to grass. The lot benefits from a mains water supply subject to standard United Utilities trough charges. Access to the lot is taken from a shared occupation lane.

Lot 3 has roadside frontage on its eastern boundary and adjoins Lot 1. The lot comprises three field enclosures extending in total to 17.98 acres (7.28ha) or thereabouts. This lot benefits from a mains water supply subject to standard United Utilities trough charges. The trough situated between field 0886/1183 on Lot 3 and field 9996 on Lot 1 is to remain in situ and will be made available for use by both the Purchaser of Lot 1 and Lot 3.

Leave the A596 at the western end of Wigton bypass turning onto the B5302 following signs for Silloth. Continue through the village of Abbeytown heading towards Silloth and on entering the hamlet of Calvo, Calvo Stud Farm is the first farm on the right hand side as shown on the attached sale plan. 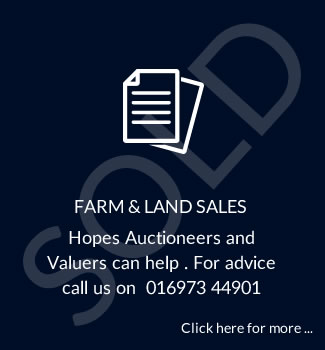 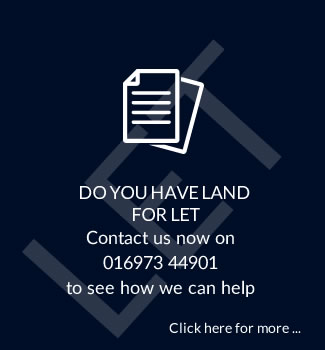